“And the King said to his servants, “Do you not know that a prince and a great man has fallen this day in Israel?” 2 Samuel 3:38 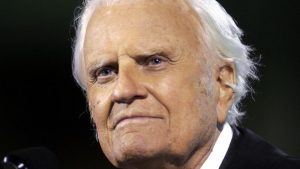 He was our hero. Our model. Living hope for every young preacher that, despite our fears and foibles, God’s declared word does not return void. As a child, our house stood still when the crusades were beamed through our just-becoming-color televisions. As a young seminarian, I spent hours in the Billy Graham room in the Southern Seminary library, just hoping that a measure of his spirit might wonder my way through the artifacts of his life and ministry. Years later I stood behind his sacred desk, a portable pulpit that accompanied him around the globe. I felt awe and perhaps again beckoned some blessing for just being there. And I was neither the first nor the last preacher to foolishly borrow his voice until I could find my own.

There is no way to understand the force that was Billy Graham, absent the biblical understanding of anointment. It was said of King David that “He served God’s purpose for his generation.” This young man from North Carolina preached his first sermons to woods and wildlife with a tree stump as a platform. My, how that platform grew. From street preacher across the Bay in Tampa to America’s pastor and the worlds best-known and respected evangelist, his stature grew. Billions heard him declare the truth of Jesus for the everyday person, and millions in those moments gave their heart and lives to Christ. He used developments of his day – television, transportation, and amplification – as means to export and expand the message. His methods were new and novel, but the message was timeless. “For God so loved the world he gave his only begotten son, that whosoever believeth in him should not perish, but have everlasting life.”

It was his fidelity to the gospel itself that impressed me most. It was clear that this messenger had no other agenda. He counseled and prayed with presidents from Truman to Obama, all without being political. His was a household name, but would never bask in the notion of being famous. He lived modestly when he didn’t have to, going to all lengths to guard his prophetic witness. There was not a hint of scandal. When tempted to call attention to himself, he recoiled and repented. If the Kingdom was to come, there was a call for a clarion; Billy answered it and embraced that role as did the prophets of old. His message was clear and never angry. Grace was always greater than all our sin. He journeyed to the utmost parts of the world because everyone mattered to God, and therefore, to him. He was truly a prophet with honor, and we may never see his likes again. 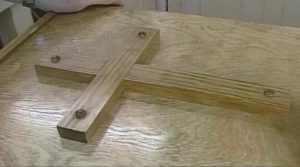 In 2006 Rev. Graham traveled to speak in Louisiana’s Angola Prison, the famed Alcatraz of the South. A revival had broken out among the nation’s most violent and notorious criminals. Many

prisoners became pastors and churches were formed by and for the men who would never again live a day in freedom. These incarcerated Christians followed the example of the carpenter of Nazareth, building simple, sturdy wooden coffins so their friends would not be buried in cardboard boxes in a pauper’s grave. Touched by this mission of mercy, Graham made a special request of the men whose faith had inspired his own; would they be so kind as to construct a coffin for him? And yes, they did.

Next Friday, in his beloved Carolina hills, the world will watch as this great man is laid to rest. His repose will be in the casket crafted by the hands of men once so wretched, but saved by the same Lord he served and gospel he proclaimed. His soul now resides in a home not made by human hands – the heaven he so longed for and pointed the whole world to. And no doubt he was greeted by the sacred throng of those who came to faith through the news of faith he brought to them. It will be the largest crowd he has ever addressed. And this time when he points others to Christ, he won’t have to look very far.